SWAT officers face many challenges during high-risk drug raids and warrant arrests. To prepare for real-life situations with a high degree of certainty and confidence, the Hialeah, Fla., Police Department expanded its training facilities to include a live-fire shoot house designed and constructed by Savage Range Systems (SRS), headquartered in Westfield, Mass.

City officials requested complete design-build proposals for a shoot house from several companies.  To reduce the cost and to speed up construction, the police department project managers consulted the city’s development and construction department. The team suggested building the shoot house under an existing structure previously used by the fire department. Unused for several years, it had a concrete slab and roof structure – perfect for the shoot house.

Without the need for site preparation and other work that would have been completed by a general contractor, the shoot house could be built with significant cost and time savings. The city council very quickly approved a revised proposal provided by Savage Range Systems.

“Savage Range Systems is terrific to work with,” says Manuel Montalvo, commander for the training unit at the Hialeah Police Department. “Everything went very smoothly. If we wanted to make a change, they accommodated us. And I couldn’t believe how fast they completed construction.” 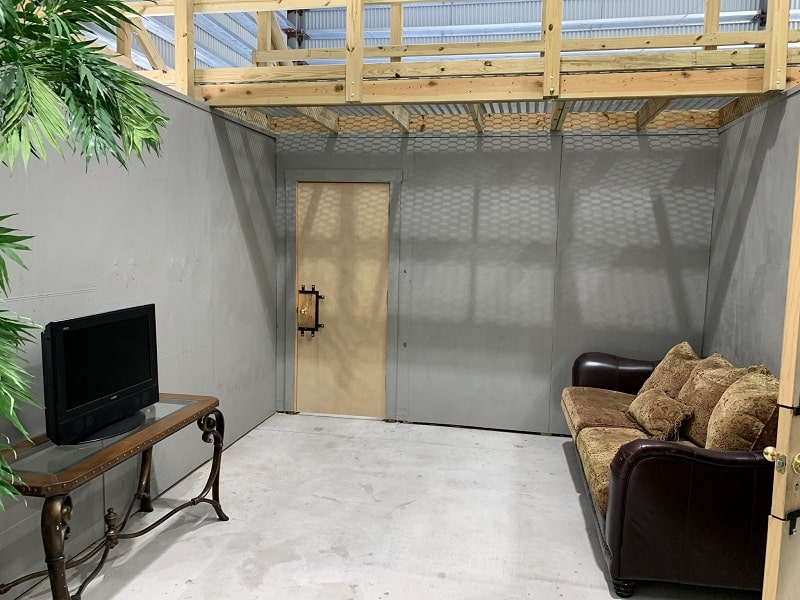 Once the design was approved, the existing slab was leveled. Uniquely trained, the SRS’s construction team went to work. The shoot house is built for safety and durability. Overlapping steel-bolted-to-steel construction is gap free to eliminate splatter wherever shooting takes place. AR500 steel walls, clad with half-inch plywood, offer maximum ballistic and ricochet protection. The 40- by 32-foot shoot house includes a corridor and six reconfigurable rooms with an overhead catwalk. Breaching doors designed for forcible entry using battering rams or ballistics feature replaceable lockset panels. The facility also includes a window for sniper training. Accessed from stairs on the side of the structure, the overhead walkway gives trainers a clear view of the exercise and other rooms below.

“Started in July, the shoot house was ready for the Open House in September,” says Alvaro Callejas, senior sales representative at SRS. “Collaboration with Hialeah police and city officials made our job easier, allowing us to complete construction in record time.”

The Hialeah shoot house is designed for 360-degree, live-fire tactical training. It has been used for instructor and drone operation training. SWAT officer training begins in January. In addition to live-fire drills, the facility will be used for K9 and drone pilot exercises.